His Holiness Sivayogi is an embodiment of unconditional love and divine wisdom. Known as "ThiruGnanadesigan", he opened the gates of esoteric wisdom, knowledge and teach techniques for the common man to attain God . Sivayogi is a self realized master and a social reformer. He is selflessly engaged in various social and spiritual activities to realize his mission of healing the humanity.,

Sivayogi  had a strong passion for God realization from his childhood. This unceasing and overwhelming desire led Sivayogi  to the ultimate union with Divine Bliss after practicing yogic techniques . He enlightened through sacred books in Tamil .He is living one among us and also teaches techniques on how to attain God.  Immersed in God realization, blessed with the divine healing powers, overflowing with love, grace and compassion Sivayogi  is guiding the humankind to lead a complete and balanced life ultimately reaching their divine energy.

Enlightened Guru Sivayogi Sivakumar is living in Chennai, Tamilnadu from a simple family background. Sivayogi also have wrote Annotate in simple and understandable format in Tamil  for books like “Thirukural” , “Thirumandhiram” , “Sivavakkiyam” , “Gnanavettiyan” and all poems by Ovaiyar. 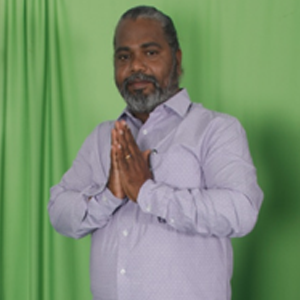 Many tamil classics or Sacred books are not belongs to any religion, It belongs to humanity, Nature, casteless, brotherhood, absence of desires, path of righteousness and truth,

In Tamil language almost all classic literatures are written by enlightened persons with the philosophical and spiritual experiences about god and they gave us with the intention of making others to know it but why we not understood the meaning of those books and why the influencers are not giving real meaning to next generations?

The real meaning can explained only by the person who attained the same experience as like the enlightened authors of the sacred books.

Ovaiyar says “நீரில்லா நெற்றி பாழ்” which means that “Waterless forehead is waste”.Is it a religious related sentence? Or a Humanity related sentence?  Is it correct to conclude that only if Holy ash is applied on forehead, one can live wisely? It is necessary to think that ,Would Ovaiyar have written that for some particular people? Or would she have written it for whole of the Human race?

Renunciation is, leaving all the assets, family, and roaming around all the places? Or leaving the thought that these are all mine is renunciation? If we stop thinking about ours, we can live with the nature, We must think If we should leave everything ,why the Nature has created full of facilities to all the lives? Rejecting nature is not a Renunciation.

There were two types of authors, 1 – Write whatever they know and correct according to them and to show everyone that they know everything about the subject. 2. Second type  of authors write their experiences to give the secrets for someone who seeks the truth. Tamil sacred books and literatures are written in the aim of giving experience to the seekers. Written in the latter aim.

In first verse  (kural) he emphasize who is God in short.

Upto the next 8 songs, he shows us how a man who has felt God will be. He says that surrender to him to pass the births. In the tenth song, he also convinces us by saying that seeing a man who has felt god and receiving his preaching, is up to God’s thought.

We have to keenly think about his second to ninth song in which he says the qualities of a Master (Guru) because just knowing God ,is useless and hence to experience God ,an experienced master is necessary.

State of a Enlightened Guru who realized  God:

2. He has climbed up the Flower ( Preaching’s secret) மலர்மிசை ஏகியிருப்பார் .

3. He will be in a accepting nature , He never desire nor worry about anything.

4. He is honest to his senses, and also teach his disciples to concentrate on our senses by pointing them

5. He be himself without any similarities between others.

6. He always know the results of truth and inclined towards it.

7..He must have  eight characteristics within him, defined by birth.

8. He says birth, re-birth and birth less state is a decision by god.

Sivayogi has all these qualities and he is a real living enlightened master .

Thirukkural , Thirumanthiram ,Thiruvasagam , Avvai’s Vinayagar agaval ,Siva vaakkiyam ,Gnaana vettiyaan and other similar books are difficult to understand aren’t they? Each one leaves by giving explanations up to their understanding. Truth is only one then why there are these many kinds of explanations?

One who has seen God and felt it can only give the real explanation. Because all the  books in Tamil are the experiences of those who felt god the truth.

Is it proper that the explanations of these books are given by one who  has not felt god rather than one who has felt god? Which is correct?

It is our Sivayogi who has felt God

Yogi = one who is synchronized

Sivayogi is not a name ,It is a message that he has passed through his mind and living synchronized with his soul. He is also preaching it to others.

We call him “Living spiritual Encyclopedia” with love. 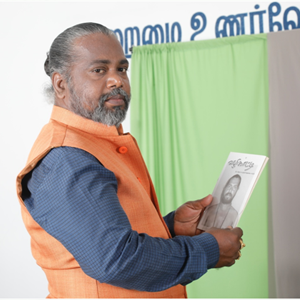